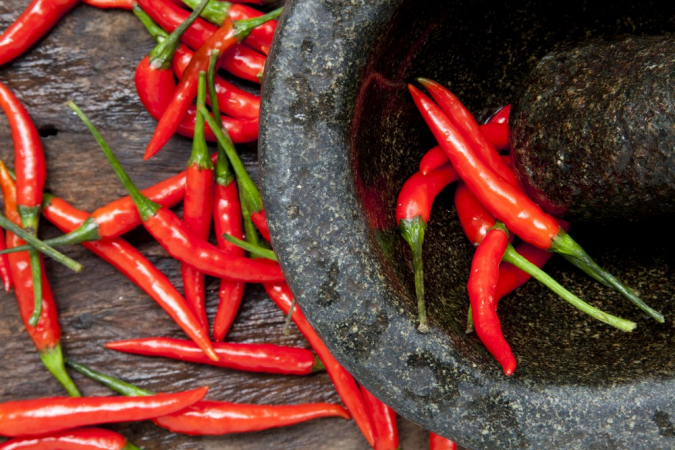 Among the types of chili examined by the researchers were dried and fresh chili peppers. (Shutterstock/File)

Spicy foods may be regarded as beneficial for the body, such as by helping with weight loss. However, a new study has found that older adults should be mindful when consuming spicy foods as their cognition could impaired.

The long-term study, which involved analyzing more than 4,500 Chinese adults age 55 and above over a 15-year period, concluded that those who regularly ate more than 50 grams of chili per day experienced faster cognitive decline. The decrease in memory and cognition is said to be particularly steeper for those who are slimmer.

According to the New York Post, among the tests included in the study published in the journal Nutrients were counting backward, recalling a 10-word list and subtracting simple equations.

Dr. Ming Li from the University of South Australia, which partnered with researchers at Qatar University for the study, said that consuming chili was especially popular among Asian people. In China, for example, it is consumed every day by most adults in regions like Hunan and Sichuan.

Among the type of chili examined by the researchers were dried and fresh chili peppers, both of which contain capsaicin, which has long been regarded as metabolism and vascular health boosters.

Globally, up to 50 million people suffer from dementia, according to World Health Organization data.